Open letter to His Excellency the Great Bryan Adams 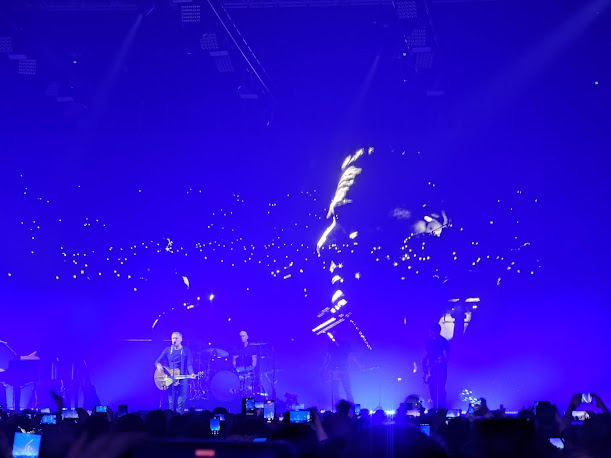 Thank you for coming back and bringing Heaven with you.

We hadn't spoken since the summer of '85. The last time we were together you couldn't see me and I could only imagine you. Heaven didn't talk to me and I din’t talk to Heaven. Because days before, I had found myself distressed in Armação's east room, my room, while I was trying to crush an insolent and rebellious tear on my cheekbone and the sun was burning on my face, on the Galé side, and I told everyone that I would never leave the room, that I would stay in that room forever. At least as long as my face and chest didn't dry out. I never explained the impossible to you, nor to you nor to anyone else. At the time I turned my back on Heaven, I incomprehensibly chose Blue Eyes to become a man again. I achieved it. I pretended that love was a whim and after all, you and I know that, it's the most violent of superhuman truths. Nothing cheesy, nothing sensitive, life has beacons, death and birth, the rest is love. As if love was part of an american sandwich stuffing and she wasn't American. And she was anything but American. And when love is captured in the palms of the hand with the right refraction of light, it overcomes all. It seems to overcome life itself, death itself, as if it happened on a plane of existence that we do not have access to if we are not attentive or the day is not clear. Better than clear: transparent. Because when light penetrates refracting media, its speed decreases and everything becomes more noticeable.

So thank you, Bryan.

Thank you for making me overcome death again. The road, which had narrowed, widened again with you. Thank you for bringing back those times when we saw tanned brunettes passing to the beach and we only knew how to smile in the distance, or smell coconut oil close by, nothing more, we fled the salon at the first chords of Heaven so we wouldn't be invited to dance and stayed watching the aftermath behind thick black velvet curtains that grandma had bought by the meter at the fabric house so that our private party could look like a nightclub . All our parties were spectacular. All. But this time we were so scared to go to your concert 22, thirty-six and a half years after that summer when I isolated myself in the east room. There are those who are only prepared to die: for these we are all old and there is nothing to do, you don't sing, you explore, we only know how to spend money in concert tickets to validate our little life. Even in a mask. I put two. We expected chaos and knew we were really going to die of sadness there, poor 50s gray-haired defying the pandemic for music out of time. Wow. The pessimists may be right: endless lines! Are we really all old?, are you too?, are we just going to be poor gray-haired fifty-somethings playing sad figures? But after all, our children are here. Almost our grandchildren. What's up, Bryan? Is it Spotify? Are you still playing in clubs or was it the Spirit soundtrack that kids saw crying on Saturday mornings, when, for a long time, we, their age, only had the tv technical screen? The stupid ones served beer in the back of the pavilion. The stupid squares brought about two glasses of beer in each hand to the middle of the pavilion and had to take off their mask to drink. Seriously sick people with pre-pandemic festival syndrome. You didn't know this, did you? In fact, as soon as you took the stage we were all hypnotized and the beers stopped and whoever dared to go get more or take off their mask had threats of beating while you started with Run to you.

“She says her love for me could never die

When you love someone. Straight from the heart. Do I have to say the words?

Half-light. Slow pace. The velvet curtains closed. Pairs are formed. She lifts her arms around my neck. The synthetic keyboard begins Heaven. The guitar chords.

“Oh, thinking about our younger years.

There was only you and me, We were young and wild and free…”

Her head is tilted slightly, her breath and lips very close.

She advances with her tongue and we both stay there until our lips burn. It was customary, twenty-five-minute kisses. Burnt lips and hickeys like spoils of war.

We don't even notice that the slow musics stop with the chords of the summer I was born.

In your song about the summer I was born there was always something unrestrained, merciless. Summer of 69 is me and nothing before. It's just that singing about the summer that brought me into existence doesn't bring things that are easy to manage without going back to it, to the commotion that crushes the cheekbones and it can happen that I teleport myself to the east room and that's not good.

“I got my first real six string

Bought it at the five and dime

Played it til my fingers bled

But live, you right there in the front, real, the words of the song playing on naked bodies behind you and the tattooed “Summer of 69”. That's why I remembered my mother Mena a lot, because that was precisely the summer she became a mother. Thanks to me.

Standing in your mamma's porch

You told me that you'd wait forever.

They are the only possible promises, the ones that are made forever.

A few years later I made it to the girl who is still my wife: if you have any doubts, I can wait forever. It was an Air Supply theme on the Ghostbusters album. My anxiety and my lost gaze was over, the love that was already there and I didn't want to give it to anyone who wanted me just for a night of slow songs and dance.

The first time I went to her house, she showed me your Reckless vinyl. Then thirty-something years go by again, now this is how we count the memory jumps, and she sees the announcement of your concert in 2022. She receives that as gift on Christmas Eve. We look at the numbers of the pandemic. There is no enthusiasm possible. A lot of people cancel concerts after concerts, I imagine you've thought about that too. The day before we do those antigen tests and they come back negative. It seems like we're going to see Bryan Adams. The scary lines make you think it won't be that night. Then you come to this night that becomes out of this world: you had already disappeared from my playlists, but in the morning after the concert I went to the market to buy the best live versions. Mtv's Unplugged, Australian Tour, Bare bones, which is a great live album. There are already more than twenty songs on the brand new “Bryan Adams” playlist in my phone.

Extraordinary show, this one in Porto (Gondomar). The cameras around you, all in our eyes. The public seeing itself and maybe you were right and it wasn't just sympathy: we were also good as public and we were the first on your new tour after two years stopped by the pandemic. The lights. You. The sound. After all, there are those concerts that justify every cent of the ticket and have the perfection of professionalism showing the possibility of the failure of all most perfect singer your are. Rock is the fault through which the light enters. And how well you fail!

Thank you, dear Bryan, for eternity. 18 till I die. Mother Mena, even though she died, I felt here today by my side saying "finally, Pedro, you arrived in time to see him". I, who could never buy an LP from you. I wanted to tell her. Without dying first, like her. And Vera next to me, hand in hand, became all the girlfriends, all the kisses, all the slow dances. If we watch carefully, people twist their bodies in a time-regression position. They close their eyes, not out of nostalgia, but because they are boarding the DeLorean back to immortality. Some cry inside. Some cry on the outside.

But it was you, dear Bryan, who lost the right to die. And I of sleeping today. There is rock everywhere, inside and outside of me, and because of me walking around the house only apparently quiet at dawn, inside and outside the thousands who applauded you, inside and outside the world, but no one needs to count sheep to fall asleep. Just remember those smiles back, the smiles os usl around you, your smile and your musicians smile. These, the most beautiful, those of victory over death.

I had already forgotten how When you love someone had declined me and today it breaks me down:

When you love someone

You'll do all the crazy things that you can't explain

You shoot the moon

Put out the sun

When you love somenone

At the end of the night, we'd like to hug everyone who felt the same, thirty five years ago and tonight, but we're basically alone listening to When you love someone on repeat. 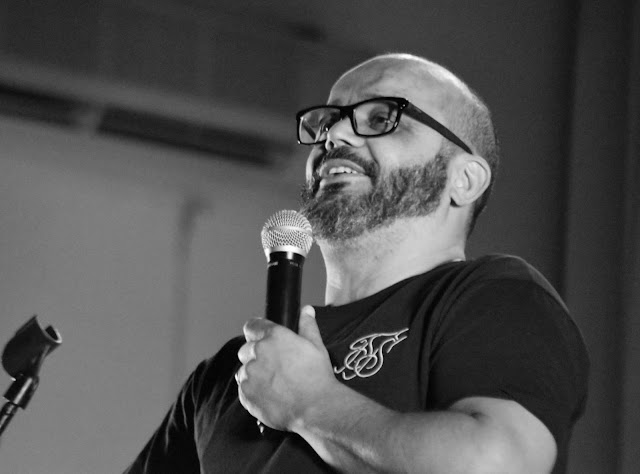 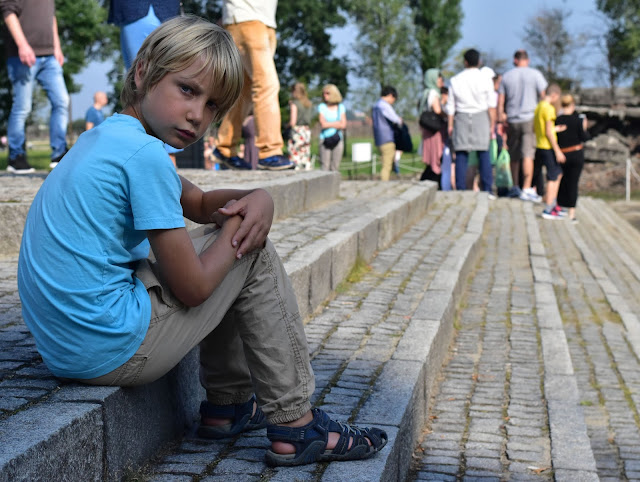 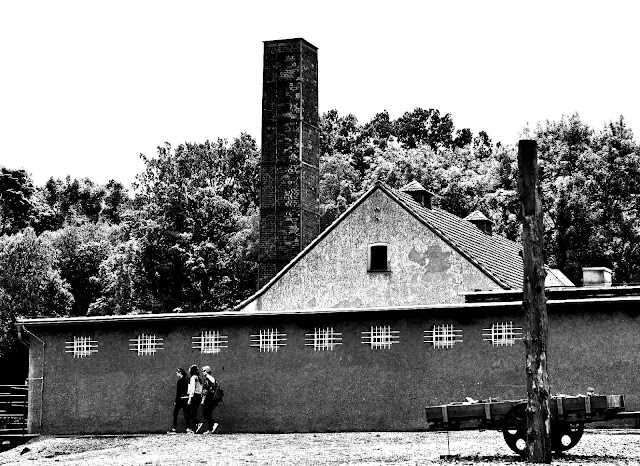 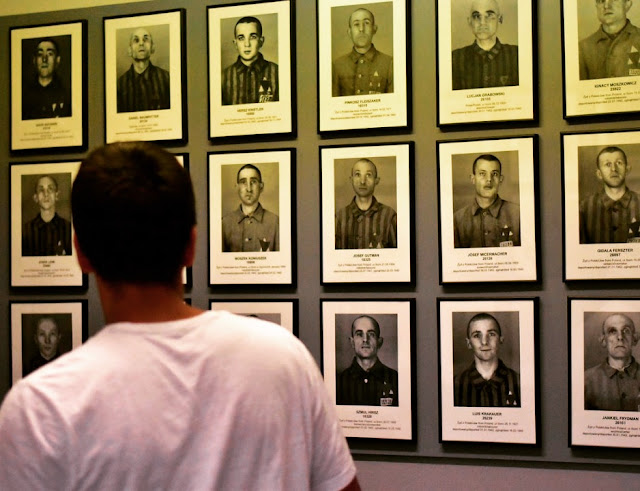 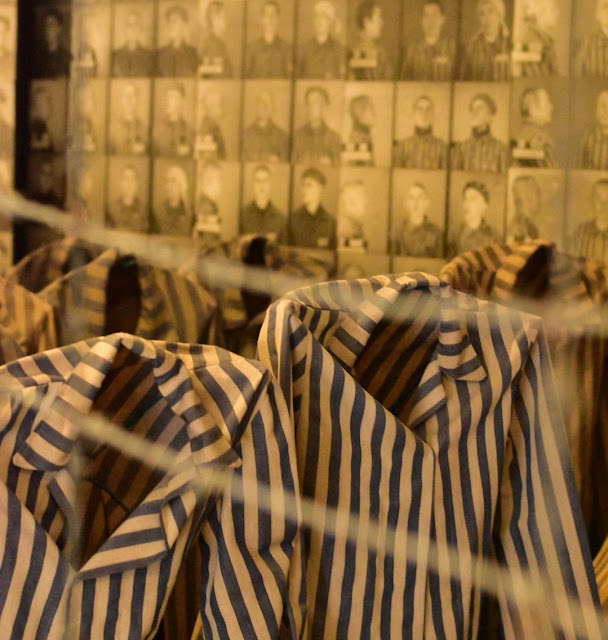 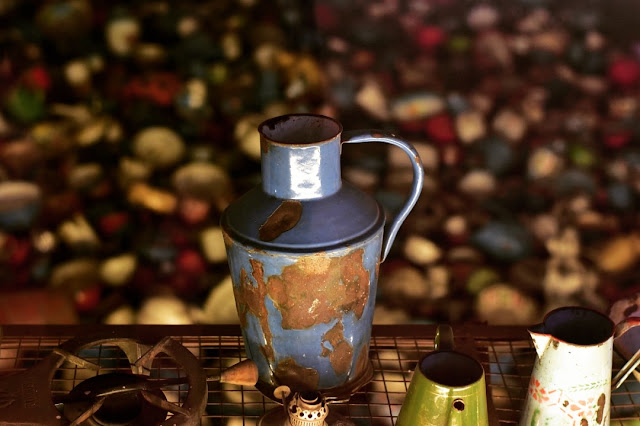 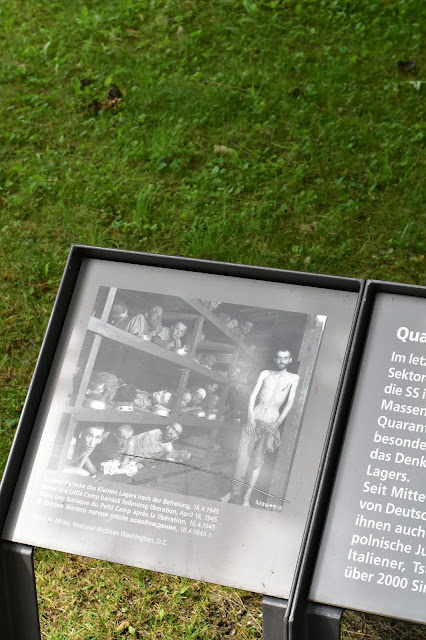 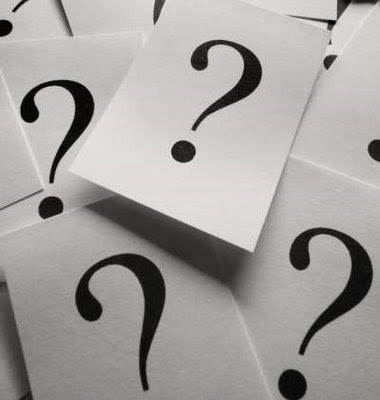 Começar do Zero no novo mundo 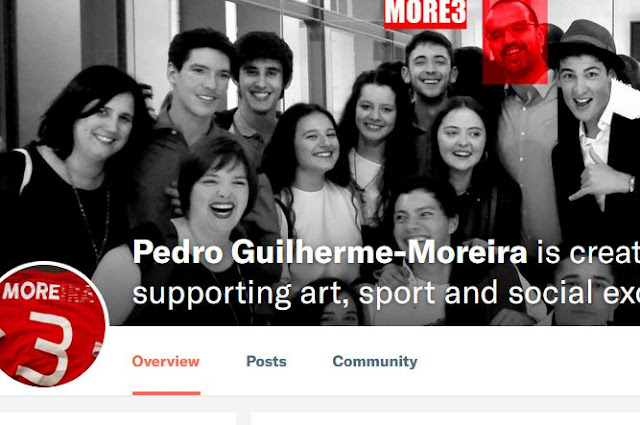 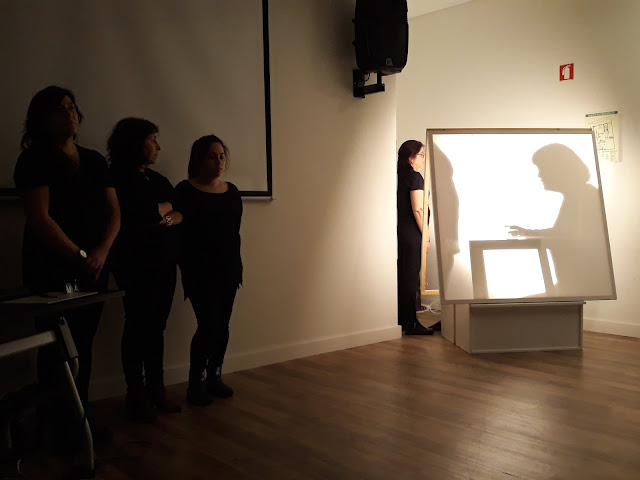 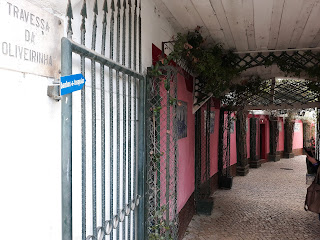 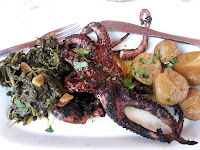 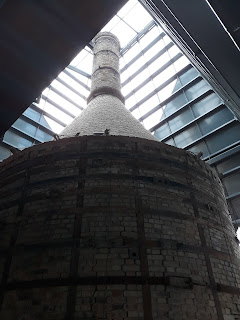 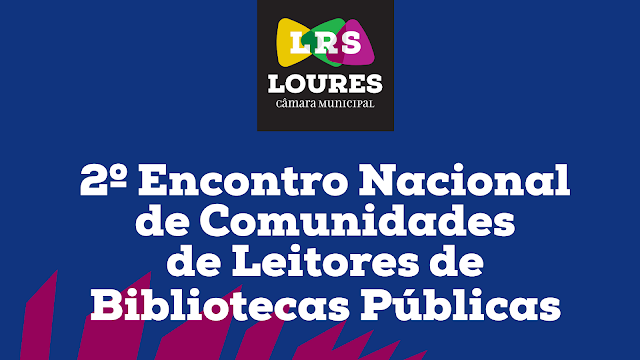 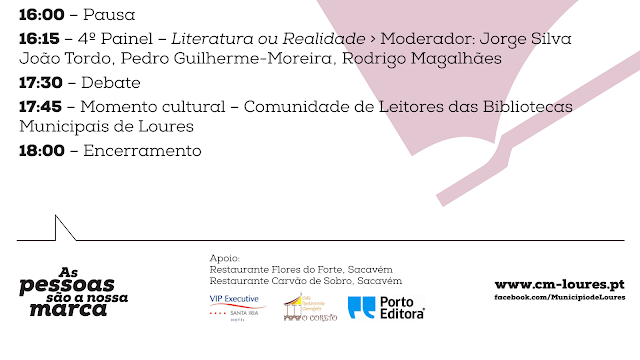 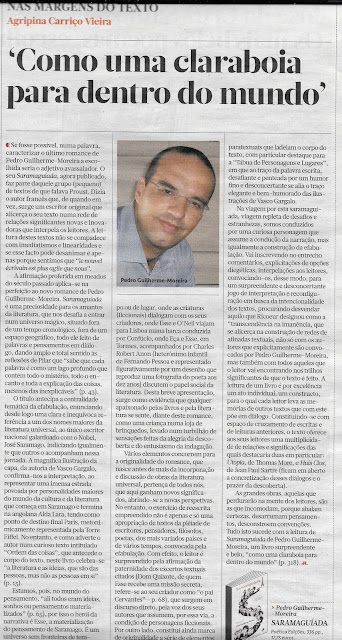 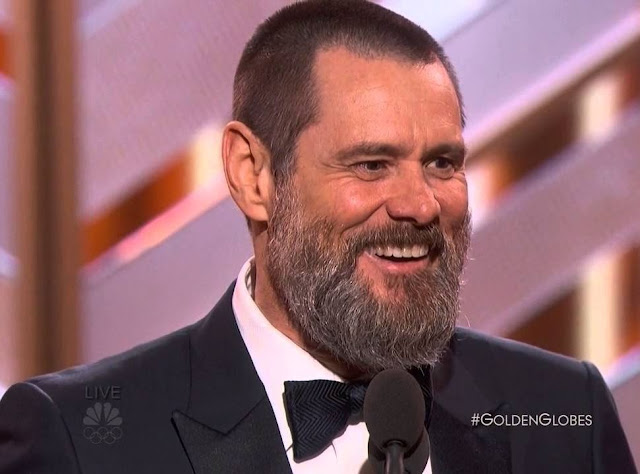 No final, parecer-vos-á claro o mistério do princípio e do fim do mundo.